Have we been duped about water fluoridation? 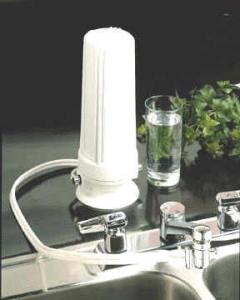 It has been many years since we placed a good water filter onto the kitchen sink, where we obtain most of our drinking water from. It removes most of the ‘nasties’ that can give you sickenss or foul tasting drinking water. It does NOT however remove fluoride. It seems only a Reverse Osmosis filtration unit or an Activated alumina defluoridation filter can do that!

Why on earth would you want to remove fluoride? It helps keep your teeth healthy doesn’t it? That my dear friends is the $64,000 question. Actually it could end up eventually costing you more than that IF your value your health.

There are many web resources that will argue for and argue against the use of fluoride in drinking water, as a preventative for tooth decay. I would say it is most important that you do your own research and learn as much as you can about this chemical. It seems many of us are receiving fluoridated water, foisted on us by our local governments, without having the opportunity – or the knowledge to argue either for its inclusion or for its removal.

As voters, we have an opportunity to say NO to fluoridation, if the evidence stacks up that it is not beneficial to dental health, and it is dangerous to our overall health. When elected representatives go against voters wishes, then it is time to consider voting them out. 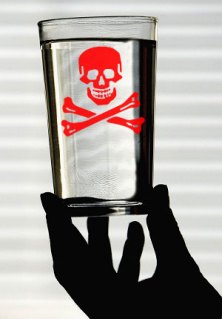 Not every country adds fluoride to its drinking water supply. In 2000, government authorities from various countries were asked if they fluoridated their water and if not, why. Several countries (Portugal, Romania, Denmark, Austria, and China) simply stated that their water was not fluoridated without giving any reasons. Other countries that did not fluoridate provided the following reasons:

The Netherlands: opposed to putting medical additives into the water.

Belgium: opposed to putting medical additives into the water.

Hungary: ran into technical problems that made fluoridation seem unreasonable.

Switzerland: uses fluoridated salt instead but preserve choice since people can buy non-fluoridated salt. [Note: The cost of fluoridating salt is borne by the manufacturer rather than by municipalities.]

Luxembourg: “drinking water isn’t the suitable way for medicinal treatment. . . people needing an addition of fluoride can decide by their own to use the most appropriate way, like the intake of fluoride tablets”

Sweden: “Drinking water fluoridation is not allowed in Sweden due to repeal in 1971 of the Drinking Water Fluoridation Act issued in 1962. . . . New scientific documentation or changes in the dental health situation that could alter the conclusions of the commission have not been shown.”

Norway: “we had a rather intense discussion on this subject some 20 years ago, and the conclusion was that drinking water should not be fluoridated. It was therefore up to each individual to decide whether to use fluoride tablets, toothpaste or mouthwash.”

Finland: has no fluoridation because “there are better ways of providing the fluoride our teeth need.” The Finnish Dentists’ Association recommends the use of fluoride pills.

Japan: “there is no need to supply fluoridated water to ALL users because (1) the impacts of fluoridated water on human health depends on each human being so that inappropriate application may cause health problems of vulnerable people, and (2) there is [sic] other ways for the purpose of dental health care, such as direct F-coating on teeth and using fluoridated dental paste and these ways should be applied at one’s free will.”

France: “Fluoride chemicals are not included in the list [of ‘chemicals for drinking water treatment’]. This is due to ethical as well as medical considerations.” (Louis Sanchez, Directeur de la Protection de l’Environment, August25, 2000). France does have fluoridated salt as a choice.

Czech Republic: Stopped fluoridation in 1989 because it was (1) uneconomical since “only 0.54% of water suitable for drinking water is used as such,” (2) “unecological,” (3) “unethical (forced medication),” (4) it “disregards actual individual intake and requirements”.

India: Rather than putting fluoride into the water, India is removing “the fluoride that pollutes the water naturally. . .we know that fluoride is injurious to health.” Furthermore, it is mandated that toothpaste cartons indicate the fluoride content and state that “children below 4 years of age should not use fluoridated toothpaste as fluoride is injurious to health.” India has a problem with fluorosis in 17 of the 32 states leading the government to recommend that individuals not use fluoridated toothpaste.

Germany: stopped all fluoridation and provided the most extensive reasons for that action via a position statement issued by the DVGW (German Technical and Scientific Association for Gas and Water).

As the letter indicated, “The information is dated 1992, but we still fully agree with this statement.”

The DVGW sets technical standards that are used in the operation of water systems in Germany and the European Union. The following are quotes from the DVGW position statement.

(1) “It is not the task of water supply companies to add substances to drinking water intended as prophylactics against illness not caused by drinking water.”

(2) “Caries is not the manifestation of fluoride deficiency, but is the result of a generally false nutrition and inefficient dental hygiene. Unwholesome habits resulting in caries are not eliminated by the fluoridation of drinking water; on the contrary, they are promoted.”

(3) “The suggested optimal fluoride concentration of 1 mg per litre is very close to the dose with which long term detrimental effects in people cannot be excluded. . . the limit value in drinking water cannot be justified in view of different habits and therefore differing consumption of drinking water and the uncontrolled intake of fluorides from other sources. The safety of a lifelong accumulation of fluoride in the human body as a result of increased intake is disputed in medical science throughout the world.”

(4) “More than 99 per cent [of fluoride contained in drinking water] would be discharged with waste water directly into the environment. This additional fluoride emission into waters is unacceptable for ecological reasons.”

(5) “The consumer cannot avoid fluoridated drinking water made available by public water supply. This mandatory intake of fluoride violates the basic right to bodily freedom from injury . . . provided by the Basic Law of the Federal Republic of Germany.”

(6) “Fluoride intake for the prevention of caries is more effective with specific measures taken by the individual than by fluoridation of drinking water.”

(7) “An assessment of risks vs. benefits involving both the health aspects and ecological consequences justifies DVGW’s rejection of the fluoridation of drinking water.”

The writers at Say No to Fluoride and Fluoridation tells us:
“Fluoridation opposition is science-based and growing,” says Paul Connett, PhD, FAN Executive Director, who has co-authored the upcoming book, “The Case Against Fluoride: How Hazardous Waste Ended Up in Our Drinking Water and the Bad Science and Powerful Politics that Keep it There.”

“We have spent many years investigating water fluoridation and the toxicity of fluoride and we are dismayed that commentators are willing to repeat, without verification, pro-fluoridation statements that disparage scientists and citizens who oppose the practice,” says Connett.

All links and references will be available in the final part of this blog.

Please feel free to tell us what YOU are thinking. This is important to us and blog visitors. Do join in the conversation.

I like writing, reading and expressing my opinions. I prefer natural health and healing to pharmaceutical drugs. Jesus Christ is my Lord and Saviour.
View all posts by JustMEinT Musings →
This entry was posted in Fluoride - water. Bookmark the permalink.