What is in the food you are consuming? 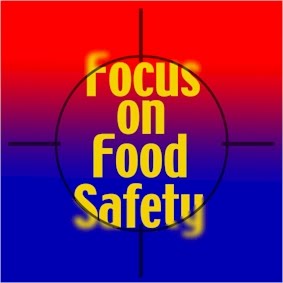 As of 2010 the ONLY Genetically Modified foods grown in Australia were canola and cotton. GM cotton now makes up more than 90% of the cotton crop. GM canola was grown commercially for the first time in 2008 in NSW and Victoria (and in January this year was approved in WA).

You may think you are safe from consuming genetically modified foods, but you would be wrong. You see in Australia manufacturers are not obliged to tell you, anywhere on the packet, tin, box etc, that the food may contain GM ingredients. Like it or not, this information is being withheld from you.

Almost all manufactured foods may now contain GM products. This is because our national food regulator, Food Standards Australia New Zealand (FSANZ), allows manufacturers to use a wide range of GM food ingredients imported from overseas. These include specific GM varieties of soybeans, canola, corn, rice, sugarbeet, potatoes and cotton.

• Soybean products are used as ingredients in many foods. As well as soybeans, oil and soymilk, soy protein is used in products where you wouldn’t expect soy, such as bread, snack foods and even meat pies. Soy lecithin (additive 322) is used as an emulsifier in a vast range of products, including spreads, cakes and confectionery. Soybean meal is used in stockfeed (particularly for pigs and poultry and in supplements for dairy cattle). Much of this is imported from the US, the world’s largest producer of soy, where more than 90% of the soybean crop is now GM.

(Just try and buy a bread product in Australia that does not contain the dreaded soy……. I personally searched our Island for a bakery that made and sold soy free bread – none was found! All used a proprietary flour blend, and it contained soy.)

• Corn products used as food ingredients include glucose, fructose, maltodextrin and modified starches (1410, 1412). Again, these are often imported from the US where more than 80% of the corn crop is now GM.

• Canola oil is used in margarine-type spreads, dairy blends and as an ingredient in many other foods. Canola meal is used in stockfeed. Australia is largely self-sufficient, and locally-grown canola is segregated into GM and non-GM streams.

• Cottonseed oil, most of which is GM, can be used for food (it’s often used for deep-frying) and cottonseed meal is used in stockfeed.

Of course most people will have read information touting the benefits of soy products, and possibly will have come across articles that ‘scream’ about the dangers of soy, and even greater dangers of GM soy. I personally find the research and articles conducted by the Weston A Price Organisation to be most enlightening on this topic.

But my purpose in raising this issue again right now is to alert you to a new campaign due to be launched by the ‘SOY is good for you’ advocates which should get you truly riled!

The Round Table on Responsible Soy was founded in 2005 by the World Wildlife Fund and the Swiss supermarket COOP. The aim was to make mainstream soy more responsible. The organisation has since been taken over by the industry and consists mainly of producers, banks, traders and industry. Members are for example Cargill, Monsanto and Syngenta. Shell and BP have also joined, because of the use of soy as a biofuel.

Very few organisations from civil society take part. No organisation of small farmers or  indigenous people is involved. The only organisations that try to give an independent status to the RTRS are the WWF and the Dutch NGO Solidaridad. The latter is at the moment president of the RTRS and is heavily sponsored by the Dutch government for this job.

From the start the RTRS has been heavily criticized by a large number of organisations from all countries, including the countries that suffer from soy production. The main critisism is that the soy monocultures can never be responsible and the RTRS is only greenwashing the massive destruction from the production of soy. Even worse, it is paving the way for GM crops. WWF and Solidaridad should seriously reconsider their position and the effect of their actions.

Certified responsible? Critical assessment of the Round Table on Responsible Soy 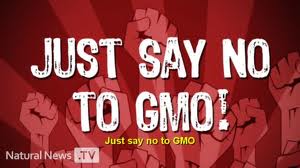 Before I close off for today I think it is MOST important that you learn what is going on behind the scenes, which can affect you personally and our future generations to come.

The following applications are currently before the Foods Standards of Australia and New Zealand committee.

Monsanto Australia Limited is seeking permission for food derived from genetically modified soybean that has an improved fatty acid profile resulting in enhanced nutritional characteristics. The soybean has been developed to have an unsaturated fatty acid profile similar to olive oil and canola oil, while having less than half the levels of saturated fatty acids of commodity soybean oil. Submissions are invited on this report.

DowAgrow Sciences Australia Limited is seeking approval of a food genetically modified to be tolerant to herbicides 2,4-D and glufosinate ammonium. The purpose of the genetic modification is to provide corn growers with a broader weed management option. FSANZ has conducted a full scientific evaluation of food derived from this corn line to assess its safety for human consumption. Submissions are invited on this assessment.

Application A1034 – Advantame as a High Intensity Sweetener. (Second assessment)

Ajinomoto Co Inc has applied to amend Standard 1.3.1 – Food Additives, in the Australia New Zealand Food Standards Code to approve the use of a new intense sweetener, advantame, for use in a range of foods. Submissions are invited on the second assessment report.

Advantame is an innovative sweetener developed by Ajinomoto Co., Inc. It is made from aspartame in combination with vanillin, an ingredient of vanilla. Ajinomoto submitted a food additive petition to the U.S. Food and Drug Administration for approval of Advantame in April 2009. – And we all know that once something is approved by the US FDA, Australia will quickly follow suit.

The Australian Food and Grocery Council had this to say about  Advantame:
Following the application, FSANZ has conducted a number of animal and human studies, with a risk and technical assessment determining that “there are no public health and safety issues associated with the proposed addition of Advantame to food.”

Then of course it is important to remember that Food Standards Australia New Zealand (FSANZ) and other international regulatory agencies have approved aspartame for general use in a range of foods including tabletop sweeteners, carbonated soft drinks, yoghurt and confectionery.

Is aspartame safe?  Yes. FSANZ and other international regulatory agencies have concluded that aspartame is safe.  The safety of aspartame has been extensively studied, including both its short-(acute) and long-term safety. In particular, studies where rats and mice have been fed aspartame, even in very high doses over long periods of time, have demonstrated that aspartame has no cancer-causing effect (no genotoxicity or carcinogenicity). A number of studies in human volunteers, including people with diabetes, have also shown that aspartame is a safe food additive.

AND The Dangers of this are many…. Read for yourself.

You need to become a super sleuth to protect yourself and your loved ones from these toxic laden chemical compounds, which are being hidden in our food chain. As more information comes to light I will pass it along.

SOME FURTHER READING FOR YOU:

I like writing, reading and expressing my opinions. I prefer natural health and healing to pharmaceutical drugs. Jesus Christ is my Lord and Saviour.
View all posts by JustMEinT Musings →
This entry was posted in GMO's, Industry Shenanigans, Unhealthy Food and tagged say NO to GMO's. Bookmark the permalink.