The Devil you know versus the one you don’t

I am an avid fan of Dr. John Briffa and read his blog entries whenever I can. He calls a spade A SPADE and not a bloomin shovel if you understand my meaning? Well he does not silver plate the truth – tells it as he sees it. 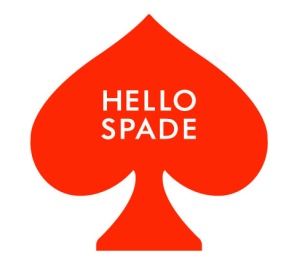 I shall get to his recent post in a moment; firstly I want to relate to you a personal experience I had with my rheumatologist about a year ago.

At that visit we discussed my elevated cholesterol levels and the fact that I would not take Statin Medications. (Think Crestor, Lipitor, and Zocor etc). The conversation took a strange turn when he told me that as he was ‘the athletic type’, ran or exercised every day, he would not take these drugs as they might cause him muscle problems…. But I SHOULD TAKE THEM….. Or else seriously look into using one of the sterol based margarine spreads on my foods, rather than using butter. 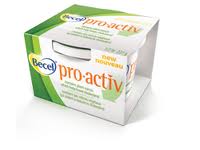 He does not know me very well if he thinks I would use a synthetic processed margarine in preference to natural butter! I use natural over synthetic every time. No processed foods, no prepackaged meals, no deli meats like ham, chicken, turkey etc. Fresh foods are always bought in preference to processed junk foods in our family.

According to the CSIRO (Australia): trial results released today provide significant scientific evidence to show that naturally-occurring plant sterols can help reduce cholesterol levels.
(Notice the use of the expression naturally-occurring???)
OK, so here is the way this went. I said NO – and NO again, to my rheumatologist, and did not use the margarine spreads containing plant sterols. My own reading showed to me they were not natural and as they were attached to margarine which – again is not natural, I was not going to consume them. I want to heal my body not poison it further.

Now I feel somewhat vindicated. Thanks to Dr. John Briffa’s latest blog entry. I may not have a rat’s heart, but the one I have now is not the healthiest and I would like to keep it in working order for as long as is humanly possible.

I KNOW butter is a natural substance. These new fangled margarines’ with added this and added that….. Well who knows what they will do to a body? Ever studied the history of the stuff?

Dr. Briffa Writes:  ‘Phytosterols’ are compounds that can impair the absorption of cholesterol from the gut. In this way, ‘sterols’ (as their name is often abbreviated to) can reduce cholesterol levels in the bloodstream, which conventional wisdom dictates is always a good thing. Sterols are added to ‘functional foods’ including special margarines that promise cholesterol-reducing and, therefore, health-enhancing properties.

However, the reality is that the impact a drug or foodstuff has on cholesterol levels is quite irrelevant – it’s its impact on health that is important. This distinction is critically important: Arsenic and cyanide might reduce cholesterol levels, but that does not make them healthy things to consume.

I was interested to read about a recent study in which the effect of sterols on rat heart cells was assessed [1]. The cells were exposed to levels of sterols commonly found in the bodies of individuals ingesting sterols. The cells ended up incorporating the sterols at the expense of cholesterol. However, at the same time, the metabolic activity of the heart cells decreased, as did their capacity for growth. In short, exposing heart cells to sterols appears to, err, poison them.

The authors point out, that the results of this study cannot necessarily be translated into conclusions about the effect of these compounds on heart health, but add that the findings “raise[s] concerns about the safety of long-term exposure to physiologically relevant PS [phytosterol] concentrations.”

I like writing, reading and expressing my opinions. I prefer natural health and healing to pharmaceutical drugs. Jesus Christ is my Lord and Saviour.
View all posts by JustMEinT Musings →
This entry was posted in Cholesterol, Healthy Food, Unhealthy Food and tagged margerine, sterols. Bookmark the permalink.